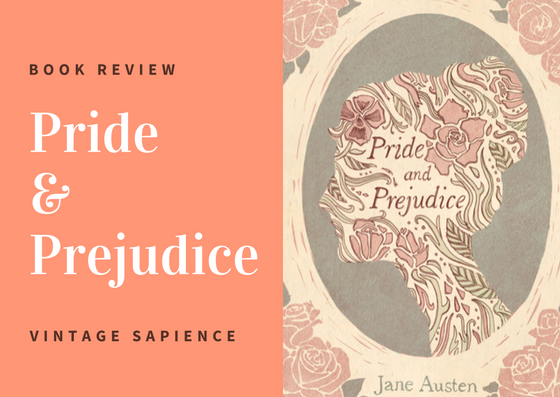 What do you write about a book that has been reviewed more times since I’ve been born,
and there is nothing new to say. Yet, here I am with my own nugget about the book that
spawned a whole generation of Darcy romantics. Pride and Prejudice is not romantic in
the normal sense. It is a slow and delicate descent into the world of love and
togetherness.

It is a truth universally acknowledged, that a single man in possession of good wealth
must be in want for a wife. Sure, why not? In the 18th century. And yet, how did she
know? How did Austen write such universal truths when she lived more than two centuries
ago. Her comments on the society are so spot on that they are still quoted in homes,
rich and poor alike. The sentiments resonate because the same situations arise even
now, where finding a capable man for a girl of marriageable age is a norm. But, that
isn’t what the whole novel is about anyway.

This classic fiction is surprisingly modern considering it was written so long ago.

It starts with the introduction of the Bennet family – Mr. and Mrs. Bennet and their five
daughters, each with her own distinctive quality that drives the story forward. Mrs.
Bennet is chiefly concerned with the marriage of her daughters, while Mr. Bennet is
seemingly indifferent to the Mrs. He has realized with time that Mrs. Bennet gets on
his nerves with her busybody ways. Their eldest daughter Jane is beautiful and
talented; the second, Elizabeth (Lizzy)is well-read and practical; Mary who is the only
plain one; Catherine (Kitty) who is smart but follows the rules; and the youngest,
Lydia who is the most colorful and outspoken one in the family. At the arrival of Mr.
Bingley in their neighborhood, Mrs. Bennet urges Mr. Bennet to make an acquaintance
with him so that at least one of her daughters can catch his fancy and settle down
comfortably. At a ball organized by Bingley, Bingley greatly prefers Jane Bennet. The
Bennet family also meet Mr. Darcy who is Bingley’s friend and reputed to be twice as
wealthy, but is adjudged as haughty due to his rude behavior to Elizabeth.

Jane falls ill while visiting Bingley and has to stay at his place due to her poor
health. When Lizzy learns of this, she runs in the rain and mud to meet her dear
sister. That’s when Darcy sees her again after the ball. That is claimed to be the
turning point for Darcy because maybe then he sees Elizabeth in a different light, but
doesn’t care to express his emotions. In the course of the story, Lizzy is courted by
one of her cousins, and one more soldier, Fitzwilliam who when turned down by Lizzy
marries her best friend Charlotte Lucas. Without divulging too much of the plot, and
taking it into account that Darcy’s name is synonymous with indifference, but infinite
love, the story concludes on a happy note.

Within this classic story lie a lot of lessons. Some very quotable lines, and universal
truths that you realize while reading the book. It is very difficult to review classics
such as these but I am glad that I picked up this little gem. I am repeating what
thousands of people have said before, but Pride and Prejudice is a great read. It was
written at a time when books by women were almost taboo, and the voice of a woman is
what makes all her novels unique. Don’t go on the name, it was fashioned after her
other novel Sense and Sensibility.

The characters are strong, they drive the story. A lot of people feel connected with
Elizabeth because she is strong headed, brave, intelligent and of her own mind. She is
not influenced by what the society deems acceptable and that’s what sets her apart from
all the other girls of that time.

Owning a paperback or hardcover is the best for classics such as these, but you can
read it online for free at a number of websites. I personally preferred the clean design of Gutenberg.org (direct link).

Complexity Rating: 4 out of 5

7 thoughts on “Book Review: Pride and Prejudice, by Jane Austen”

To Kill a MockingbirdFebruary 12, 2019
by Harper Lee