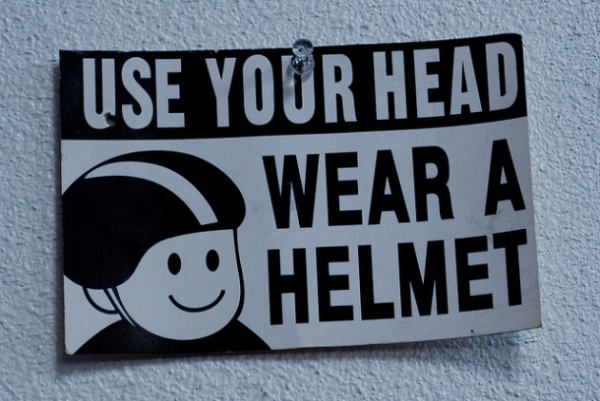 Here’s a little article I wrote on the importance of Helmets. It was supposed to be a soft marketing piece for a Helmet brand. I submitted it for a particular opening in a digital marketing company, right out of college. It’s a little bit old, and in a prescribed format, which is very different from my freestyle of writing. But a few days ago I realized that this article is generally beneficial too!

Not a lot of the educated people need a repeat of the Helmet and safety lesson, but it doesn’t hurt to reiterate it time and again. Leave comments if it seems weird to you guys, or suggestions if any. I hope you enjoy this unique Top Ten Tuesday post!

Road rage is rampant. And we know you drive slow and you drive safe. But what about the unruly driver next to you? Could he have caused that massive pile-up on Highway 44 last weekend? Oh yes! You’d never know it, but accidents surround you even when you’re going back home after a long workday. 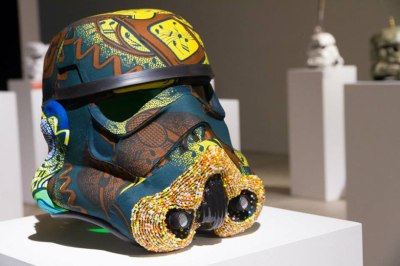 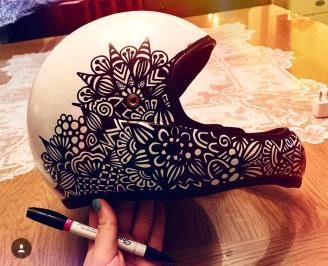 How would you keep yourself safe, if not for helmets? Do you have any fun names for your dearly beloved helmet?

Something about a solid safe head is just so attractive. Let’s all wear helmets. Why? Well, why not?
They’re hip, they’re fashionable and they keep you safe so you can go back to your loved ones safe and sound. Helmets prevent you from the hell on roads. 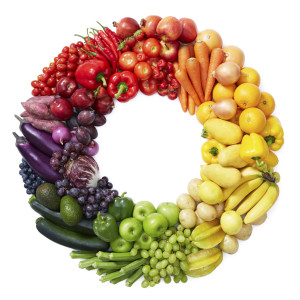 This is a different post, isn’t it? Since when have I written about food, or advantages of eating healthy. Although I dearly love food, I believe I have never expressed that on the blog here. Goes to show that there is something new to share after two years of blogging! Onto this Top Ten Tuesday which has been in the making for a long time. It is about the Top ten things in your kitchen that can make you healthier and happier. It is almost a lifestyle post, and I think that consciously caring about your well-being takes little time but brings huge rewards.

END_OF_DOCUMENT_TOKEN_TO_BE_REPLACED 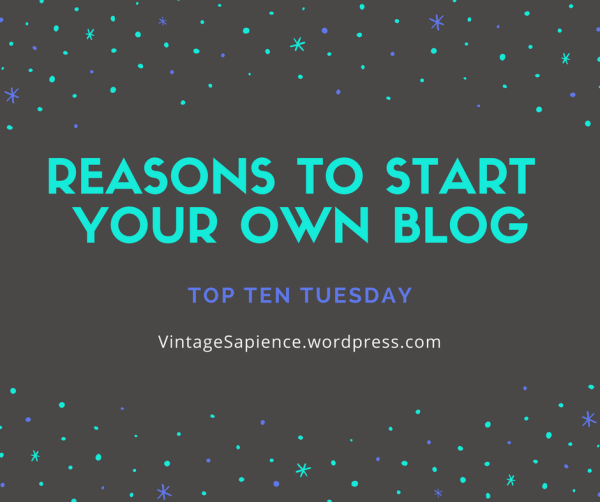 Last night, I had a very weird thought strike me- what would I be without my blog? How would my life be different today? How would I express myself?

These questions were different from the food-related ones that normally float around in my mind 😉 I believe that when I started my blog, it was just going to serve as a motivation for me to write more. And that it still does! I set goals for the posting schedule and mostly stick to them which gives a regularity to my writing. And going diverse – poems, write-ups, haiku, creates a beautiful mix I think. So for today’s Top Ten Tuesday, I am listing down all the reasons why you should have your own blog.

Almost all of the people reading right now would already have a blog, probably more accomplished than mine. But you can find out why I write for my blog. Also, this can be directed towards new writers. END_OF_DOCUMENT_TOKEN_TO_BE_REPLACED 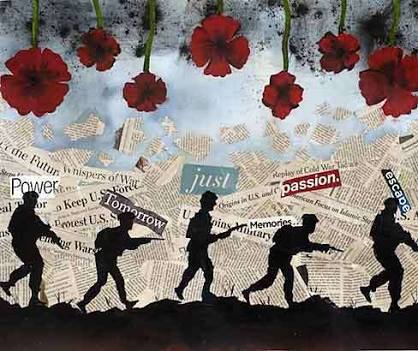 When you think about it, we are who we are because of our upbringing and our surroundings. And the country we live in plays a significant role in how we perceive situations and associations with groups of people. When you grow up with different ethnicities, religions and languages, we come to respect each person for their individuality and what they bring to the table. So I believe that acceptance is one of the most important part of being patriotic- that we can welcome all people with open arms.This and more in this week’s Top Ten Tuesday post. This will be how we can be patriotic.

There is no such reason I should do such a post, considering the topics that I usually choose. But a few days ago, India celebrated its Independence Day, and that made me think how I could be a bit more patriotic towards my country. END_OF_DOCUMENT_TOKEN_TO_BE_REPLACED 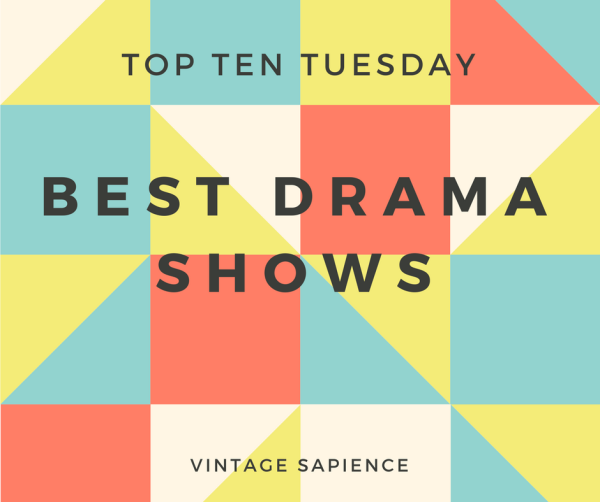 Drama is the spice of life, Or so I say when I’m in *that* mood! The millennials would say that there hasn’t been a perfectly good drama show on television since the Sopranos, but today’s list has the guts to take it on (This is me attempting to be dramatic with the words). In all seriousness, these shows showcase how the drama genre has evolved over the years to birth some very epic shows. From catchphrases to ultimate scenes to award-worthy acting performances, these are the best tv dramas of all time. This in itself is a very sensitive topic of discussion because all of us have our own list of the best shows on TV right now. And I am willing to accept your suggestions and criticisms of my list. This Top Ten Tuesday post will be different-obviously I have listed more than ten, I couldn’t stop. As always, there are honorary mentions because they appeal to a different part of the audience are best according to them. Here we go: END_OF_DOCUMENT_TOKEN_TO_BE_REPLACED 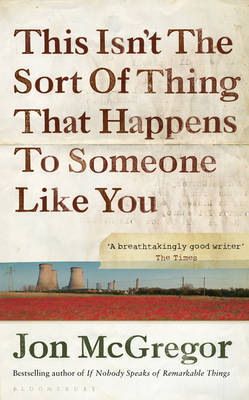 So, I lied. The list of short stories includes some very good ones that I couldn’t trim the list to include just 10.

The best short stories should haunt you for days and weeks. The stories in McGregor’s collection have stayed with me for months on end. They are linked by a unity of place – the fenlands of Norfolk and Cambridge – and by precise, elegant prose that elevates everyday occurrences into small, perfectly rendered pieces of art. As Maggie O’Farrell put it in her Guardian review: “The stories wrap themselves around the wholly disconcerting premise that catastrophes can rear up in anyone’s life without warning.”

2. Will You Please Be Quiet, Please?
Raymond Carver (1976) END_OF_DOCUMENT_TOKEN_TO_BE_REPLACED

I cannot even believe that we are nearing the end of the first half of 2017. I am kind of on track with my goal of reading 12 books for the 12 months of 2017. Today is a top ten post listing all the books that have remarkable significance ion 2017. Contemporary stories, breaking the glass ceiling and growing stronger are themes that are ruling the roast. Some I’ve read and some have been recommended to me. Obviously they are thoroughly checked for through reviews and ratings. Read on and leave comments if you’ve read any.

END_OF_DOCUMENT_TOKEN_TO_BE_REPLACED 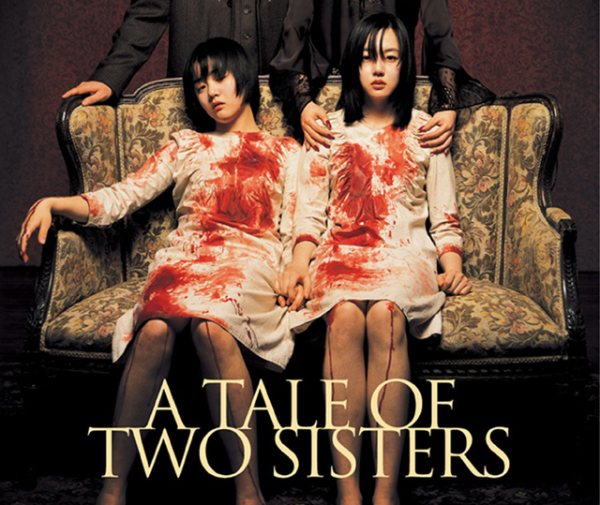 The draw of the unknown, the pull of the unexpected, non-scientific draws me to horror movies. To say that I like horror movies would be an understatement. I love them. I can watch them all day long, and not be scared anymore. So much so that I have started watching foreign horror movies as well, just to find the best scares. The list includes a Korean movie I watched that I quite enjoyed, albeit with English subtitles.

Whatever I say in a few words will fall short. This coming from a mere mortal (pun intended), there is one thing you can bank upon is my suggestion of the horror genre. Just a quick disclaimer: These movies are in my list of top ten because they are very scary and/or quite disturbing. If you don’t do well with the heaviest scares, avoid watching these. But, if the grisly the better, start watching them now.

I’ll probably do a list of light horror movies if it is even called that. For the vast majority of people who delight in viewing a film with some suspense but not a lot.

END_OF_DOCUMENT_TOKEN_TO_BE_REPLACED 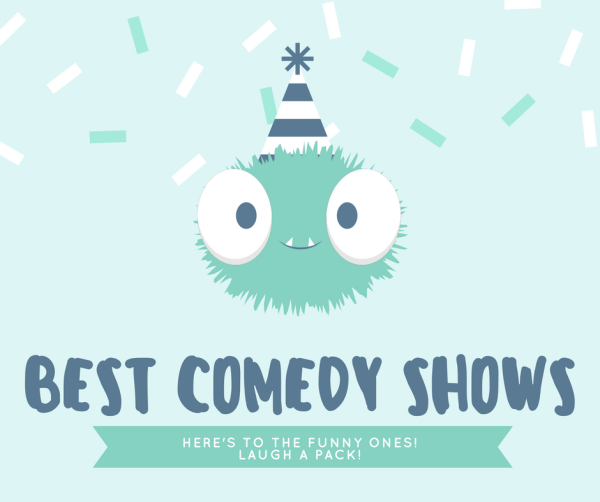 March madness! Time for the top ten comedy shows of all time. Light, funny and honest, some of these shows have helped cheer my mood on many an occasion. I am a big fan of comedy shows that can find the humor in daily situations and seem kind of practical still. I’ll admit I’ve seen ones that go beyond the scope of possibility and still adored them! 3rd Rock from the Sun was one such show that was heartfelt and light. It is not in the list but in my introduction. Some more shows that will appeal to only a certain kind of audience are Two and a Half Men, Awkward, About a Boy, Broad City, Key and Peele, and Impractical Jokers. Be sure to check them out if you like their descriptions.

As for the list, below are the Top Ten Comedy Shows for everyone.

The Office– The US version was the one I loved. It follows the lives of around 9 people who work in an office and how the situations make for a very funny, relatable series. It stars Steve Carell as the Boss, who is bigger than life, but humane nonetheless.

Seinfeld– Jerry Seinfeld is a comedian who lives in New York and has friends-George, Elaine and Kramer. It has short clips of his stand-up acts and the rest is how his life goes on in the 1980s sort of world. It tickles your funny bones in a true sense!

Friends– Ah, Friends. What can I say about this show that hasn’t been said so many times before? It is about 6 friends who live in New York. They are different on all accounts and yet find comfort with each other. It is very modern and with an effortless appeal. END_OF_DOCUMENT_TOKEN_TO_BE_REPLACED 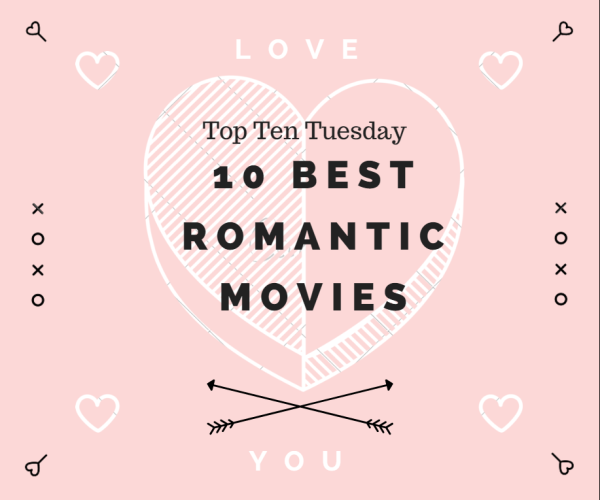 When I told my friend that I was planning a Romantic movies post for the Top Ten Tuesday, she sat up, gave me her most shocked look and broke into the biggest toothed smile ever! She also said that she would be eager to know my favorite romantic movies of all time since my Top 10 Horror shows recommendation were the best she ever saw. And then we sat discussing for the better part of an hour which movies should make my list of the Top Ten.

I will admit, it was hard. After some discussion, I was almost inclined to make it a Top Thirteen post, we had so many good movies. And keeping in mind that it was February and it is wise to indulge in some mushy, good-for-the-heart content, romantic movies seemed to be a good topic. If you have a valentine or not, these movies are sure to make you feel giddy and full of love. Picture-perfect moments are sure to make you hopeful and full of life. That is why every once in a while I end up watching a romantic movie or even a rom-com because they are usually a light watch.

The movies below will be ideal for every kind of viewer. From classic romantic films to modern love stories, I’ve included them all! And because these are my favorite movies, I can guarantee that they will not disappoint on any level. Without any more dilly-dallying, the following are my picks for the best romantic movies: