Every once in a while
I pop in to see
The lone hut with the withering bent oak
The house with the cracking ceiling
The roadside solitary sedan that was
Once an expensive car-on-four-working-wheels.

The broken bench in a park,
The leaf from a low, bent branch.
The dead of a pigeon’s nest.
The dying of the humans rest.

The buried old in my home,
The ragged rolled in your dome,
The distressed dump at my house,
The carefully clumped in your shroud.

Once in a while I try to see,
Twice of these days, I long to see.
The love in the eyes of the old.
The longing for every one of their own.

The sweat in each brick of the crumbling house,
The bee hive along the sides of the hut.
The birds making nest in the ye old oak.
The dog making home in the vintage baroque.

I see the impaired ant that waits
for its sunrise death when weak,
It drinks the last dew drop that
hangs from the dwindling pale sprig.

I venture daily,
only looking for reasons,
I see everything going,
advancing to the heavens.
Living by the day,
and season to season. 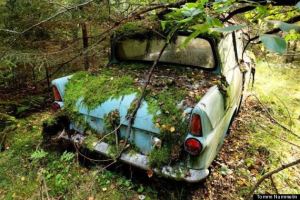 20 thoughts on “Hallowed By Time.”

To Kill a MockingbirdFebruary 12, 2019
by Harper Lee