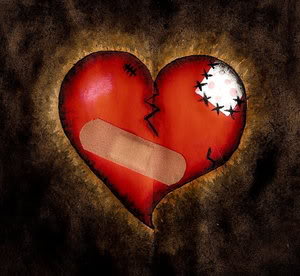 A young girl walks bare feet,
Amongst the gunpowder and debris,
She looks at the bloody bodies, now covered,
She mourns deeply for her beloved.

The world was such an empty place before,
Then came her prince-on-the-white-horse to the fore,
They shared a bond that could last forevermore
The world wasn’t so empty anymore.

He was a soldier of the state,
Serving the country was his fate,
He loved his girl and his nation,
He was his country’s true citizen.

They walked the lush gardens hand-in-hand,
They scoured for shells in the golden sand,
They ran gleefully in the rain,
They were not aware of the upcoming pain.

One day, he got called for his duty,
He was called to serve at the front;
They were taught to show no pity,
The enemy had to face the brunt.

The girl was left alone to ponder,
The state of her lover she often wondered;
She passed her days lying in wait,
She couldn’t leave everything in the hands of fate.

She heard the radio day and night,
Heard the horrific results of the fight;
They often recounted the names of the dead,
With worry did her forehead always sweat.

He called one day, “How are you, my love?”
“Lying in your wait”, she only sobbed.
He told her of his friends’ death,
She only said that she was sitting with awaited breath.

He recounted the booms of the guns, the missiles, the bodies,
He told her how they had to live as a quarry;
He said he was proud to fight,
He said he was content he was right.
Though the barrels made him shiver,
He had always the strength-filled quiver.

She longed to see him day & night,
She heard from them one twilight,
He had been martyred by the enemy’s cannon,
“He was our bravest soldier”, said the Captain.

Her heart burst with paramount grief,
Battles raged in her heart as on the streets;
“How ironical”, she thought grimly of her loss,
That it should come at a time after their country had won.

One thought on “Raging Battles”

To Kill a MockingbirdFebruary 12th, 2019
by Harper Lee